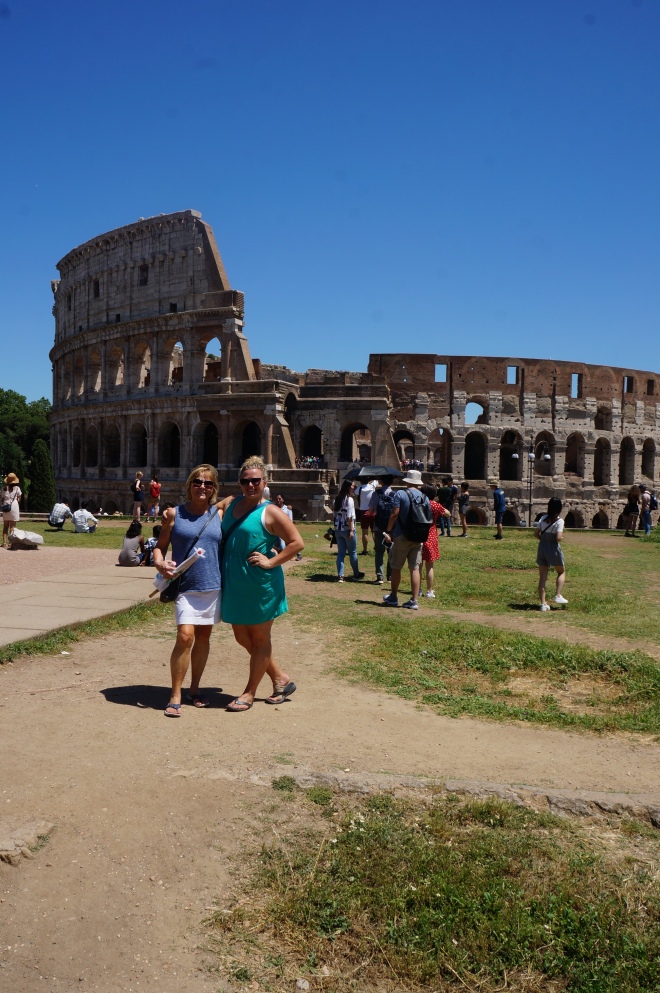 Walking around Rome is one of the coolest experiences one can have. And even though I was expecting it, I was still taken aback by the sight of ruins at every corner. This city is ancient. And I mean REALLY ancient. Roman times – thousands of years ago before we were a glimmer in anyone’s eyes- Think about it… 1st Century AD. This place has been built up to be a modern city- but then, BAM! You end up smack into the Colosseum.

We started our day by heading down the roads, making our way to the Colosseum and Roman Forum. I feel like it’s hard to properly write about this place. I can’t explain the towering columns, the arches, and the vastness of this area. The Colosseum peeks out at the end of the street, and when you realize it, it kind of stops you in your tracks. It’s this incredible sight that takes your breath away. If you’re able to block out the people trying to sell things, and the hordes of people bumping into you left and right, it’s quite amazing. I wonder what it was like to be a Roman citizen back in the day when these shows were free – seeing gladiators battling, to see wild animals and all kinds of other spectacles. This was an incredible arena back in its hey day. When I snap back to the present, the dichotomy of the Roman citizens bustling by and not giving these ruins a second glance and the tourists stopping every 3 feet to take a photo is incredible. I wonder what I take for granted back at home? I mean, I know we don’t have anything like these ruins back home- but I know that traveling the world helps me to keep in check what I do take for granted- whether it’s a good job, a safe neighborhood, or even clean food & water. It’s not better or worse than other places, just different.

I digress– We had a tour of the Colosseum, which I HIGHLY recommend. You don’t have to wait in line, you don’t have to worry about when you get there, because you have an arranged time. You also learn SO much about the space and get history you’d never get from just being on your own. Our guide was great and we were able to go to the top level- called the Belvedere- which they only opened in the last few years, I believe. After making our best Caesar poses, we traipsed out into the hot Roman sun to find the “hop-on-hop-off” bus to get up to the Spanish Steps. Finding the bus was quite the adventure- and negotiating hard with the guys selling the passes was insane. I think had we just walked to the Spanish Steps we would have gotten there the same time that we had gotten to the bus. I have to say- the hop on hop off bus is also the biggest scam. They say it runs until 11pm, but if it’s full they basically say “too bad so sad”. The Spanish Steps is basically Rome’s version of Rodeo Drive. Fancy shops with a beautiful marble staircase- by that point, however. We were just done. We were ready to get back to our place- again, another day over 25,000 steps. Unbelievable- we are off to Cairo tomorrow! 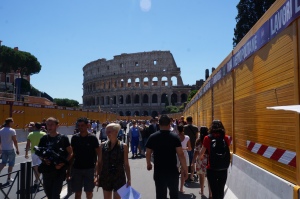 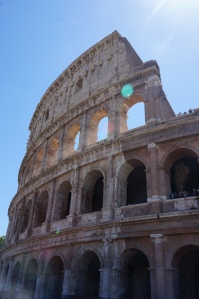 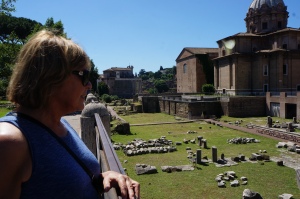 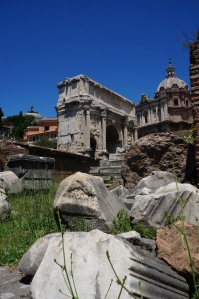 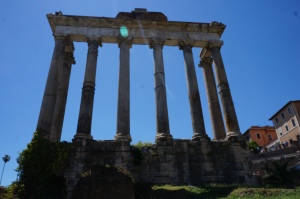 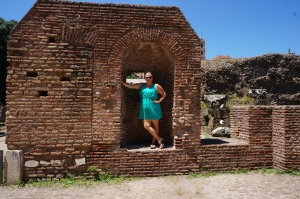 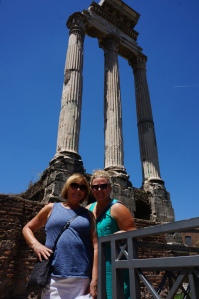 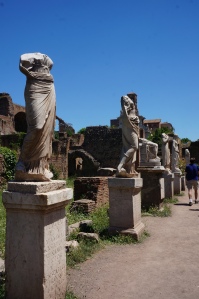 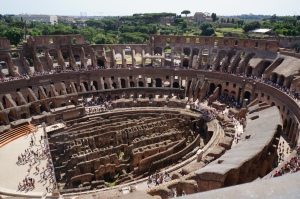 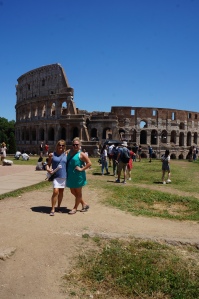